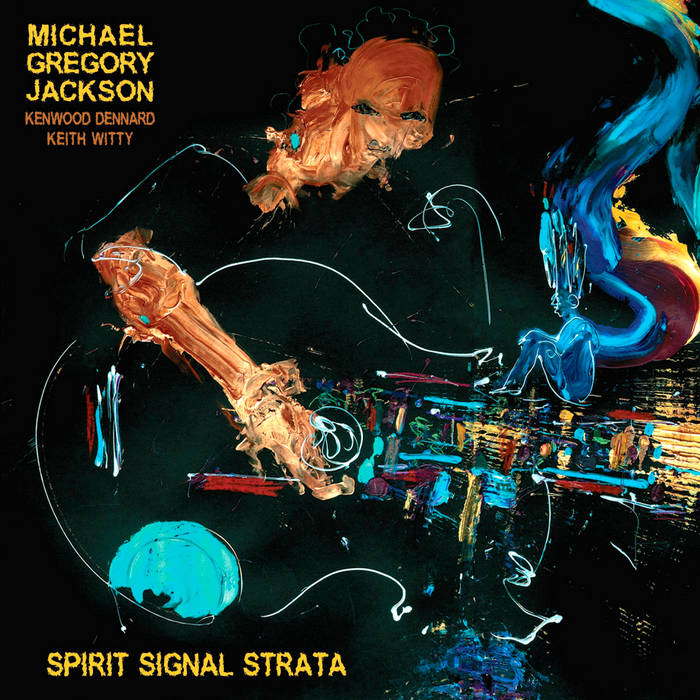 “Michael Gregory Jackson has for many years been a singular force in contemporary jazz. No other artist managed to combine such lyricism with freewheeling strength. His new album shows us all that, then underscores how much we need to remember exactly how accomplished a guitarist he has always been. He comes at us with a set that gives notice. Michael Gregory Jackson maintains and even expands his stature as one of a handful of major original stylists active today. The album sings from start to finish!”– Grego Applegate Edwards, Gapplegate Music Blogs

“As a composer and guitarist, Michael Gregory Jackson maintains a bearing that is at once mysterious and inviting. He is an experimenter with heart, a cliché-free balladeer who is unafraid to meld an emotive arc with angular markings and tangents. From human-scaled whispers to landscapes of towering grandeur, Jackson’s music dignifies whatever size canvas he chooses to explore. He is committed and believable at every juncture.” – David Greenberger, The Duplex Planet


“Michael Gregory Jackson’s music remains as intriguing for me today as it was 40 years ago when I first heard him with Clarity at the New York Public Theater. “Clarity 4” which he performs here, neatly conveys as both a name and a guiding principle the work of this singular musical visionary. Michael’s renown has long been based on his brilliant technique and highly original conception as a guitarist, all of which is richly and astonishingly evident on this album’s eight original compositions.

“Sprit Signal Strata” opens with Jackson’s romantic, soul-tinged, “After Before (for K),” a tune he’s recorded before and one whose inviting melody bears repeated hearings, i.e., I’m delighted he’s done it again. “After Before (for K)” draws one in to an album of spinning grooves, bold textures, and labyrinthine structures. Its centerpieces are knowing, beautifully realized evocations of AACM visionary Muhal Richard Abrams and the late Ornette Coleman.

In bassist Keith Witty and drummer Kenwood Dennard, Jackson has found ideal rhythm mates who track and strut and uncover new possibilities with him, and underscore the clear, cohesive quality of these works.”

Thank you Kenwood and Keith, you are both phenomenal people,
the radiance of your hearts and souls make the music sing.

Thank you Nancy for your scope and brilliance, balance and agility,
with textures and gestures, pigments and tones, you paint mystical pictures.

Thank you Dave, you are a venerable master of sound and always super fun to work with.

Thank you Jim for your very fine work and ultra-positive attitude.

Extra Special thanks to you Karen, you are my partner in life, my inspiration, my oasis, my joy, my love and so very much more, I am endlessly grateful for you. – Michael

Music is the conduit, the sphere and the bond that unites us,
diving deep into the fertile heart of our existence, we explore,
fluid and unbound, aloft in the vital universe of love and peace,
and onward we go together, revealing the light, we celebrate,
consciously expanding, forceful, determined and unfettered.
© Michael Gregory Jackson 2017